Ubi Maior.
At the beginning of the '90s, together with Simone Rossetti (The Watch frontman), he joined a Marillion cover band, but after a good number of rehearsals he left the line-up (they will collaborate nearly ten years later in the The Watch). Along with drummer Alessandro Di Caprio he joined some bands from Milan (Lighthouse Keepers, Ice Chain), performing either original songs and hard rock and progressive rock covers.
In 1996 the experience with the Trois Fois Rien, one of the few Italian bands singing in French, taught him the craft to write and arrange charming pop songs. But the love for progressive music pushed him and Alessandro to find other musicians to share this passion. In 1998 he met Stefano Mancarella, Lorenzo Marotta and Walter Gorreri and together they gave life to Ubi Maior.

In 2000 Simone Rossetti asked Gabriele to join his project The Watch. He accept with excitement and, after some promo concerts in France and in Spain, he played keyboards for the album "Ghost". The CD got enthusiastic reviews, especially for the Genesis-like atmospheres which emerged from the tracks of the CD.
The promotional tour took The Watch to Italy, Belgium, Holland, France, Mexico and Germany. By the beginningof 2005 Gabriele decided to leave the band to dedicate himself completely to Ubi Maior. On the eve of the release of "Vacuum", the second The Watch album, Ubi Maior are already writing their debut album. "Nostos" is released in October 2005. Great reviews and a good number of concerts in Italy drove, in May 2006, Ubi Maior to play in Belgium along with Calliope and Consorzioacquapotabile (CAP).

In spring 2013 he released the cover of Pink Floyd's “Gunner’s Dream”.

In october 2013 the new CD "Tales of Love and Blood" has been released. It features Damian Wilson (Threshold, Headspace, Maiden United) on lead vocals and some italian well known prog rock musicians. 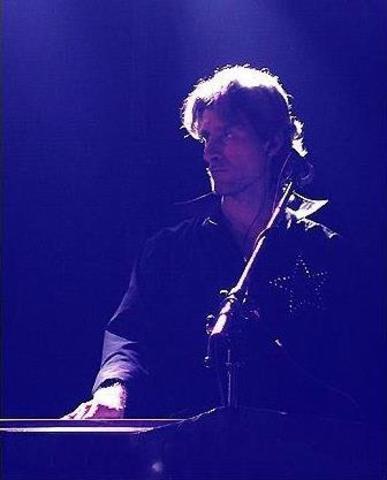